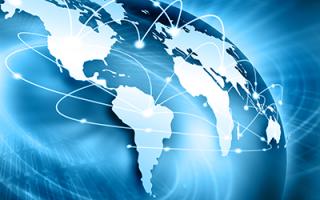 Today’s DDoS attacks have become every network’s problem. Powerful computing platforms, high-bandwidth connections, global reach, and the easy availability of “how-to” toolkits for conducting DDoS attacks make it easy to wreak havoc. Attackers can create their own botnets, exploit flaws in internet enabled devices, or rent them to achieve any type of attack that they want—only limited by their imagination and motivation.

DDoS attacks are also more diverse than in the past. They might target a specific vulnerability and throw massive amounts of traffic at it. They might conduct a “drip campaign” using very little traffic over a sustained period of time that suddenly results in system or application crashes. Some DDoS attacks are used as a “smokescreen” attack on one area of the network to divert attention and resources from a second location that they compromise through malicious methods. For the enterprise, this knowledge is worrisome. But there are ways to preempt attacks and know in advance how your infrastructure will function in the event of a DDoS attack.

This webinar will discuss and provide examples of current DDoS attack methodologies, giving you insight into how your enterprises might be vulnerable—and the steps you can take to harden your defenses and security investment strategies through preemptive security testing and measuring techniques.

Due to growth of IoT, there is an increase in connected homes and devices which creates an unimaginably large attack surface

Michael Jack is Sr. Manager of Product Marketing of Spirent Communications’ applications and security solutions portfolio. With 20 years of working in the data communications industry and over 15 years working for networking test and measurement organizations. At Spirent Michael works with the Product Management team to define, produce, and deliver cutting-edge Applications and Security testing solutions for Network Equipment Manufactures, Enterprises, and Services Providers.